One day God was looking over creation and He decided that He wasn’t really happy with the way things turned out. So He called the 3 most powerfull men on earth, Obama, President of the United States, Hu Jintao, President of China and Mark Zuckerberg, CEO of Facebook, to come and see him. He told them that this experiment with life on earth was a failure, and that in 3 days He was going to end it. So basically they had 3 days to prepare their people.

So President Hu Jintao convenes an emergency meeting of the Chinese Parliment and says: „I have bad news, and really bad news. First of all, there is a God. Secondly everything we have worked for since the revolution will be totally destroyed in 3 days.“

Obama makes a State of the Union address to the American people on TV and says: „I have good news and bad news. First of all, there is a God. Secondly, everything we have worked for since the revolution will be destroyed in 3 days.“

Mark Zuckerberg convenes a meeting of the board of directors and says: „I have good news, and really good news. First of all, there is a God, and He spoke to me personally, which proves that I am truly important. Secondly, in 3 days, Google will be destroyed.

A collection of people claiming there digital devices are possessed

One would think that a cursed phone number should at least contain 666, but apparently things are a little bit different in Bulgaria! While it would be tempting to have such an easy phone number as 0888 888 888 to tell your friends, it appears to be not very healthy.

First Bulgarian Mobitel CEO Vladimir Grashnov, died of cancer and, being vacant whent to an underworld figure who was gunned down in the Netherlands two years later. Again the cursed phone number was passed on, which resulted in the death of another crooked businessman. Two years later. Clearly the old “The best things come in threes“ does not apply here!

The phone number is not reachable anymore, lets hope it stays that way 😉 Kinda like “The Ring” but with a phone instead…

In Stanley Kubrick’s 2001: A Space Odyssey, as soon-to-be starchild Dave Bowman unplugs the last bits of its massive cybernetic brain, the insane HAL 9000 computer sings its way to oblivion: END_OF_DOCUMENT_TOKEN_TO_BE_REPLACED 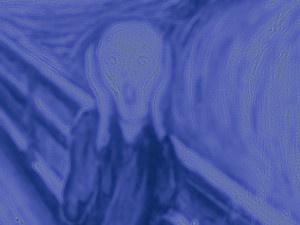 SAVANNAH, Ga. — Your computer may be possessed by a demon, a leading minister warns. END_OF_DOCUMENT_TOKEN_TO_BE_REPLACED

Top 10 reasons why Hell is better than Windows Software! END_OF_DOCUMENT_TOKEN_TO_BE_REPLACED

This website uses cookies to improve your experience while you navigate through the website. Out of these, the cookies that are categorized as necessary are stored on your browser as they are essential for the working of basic functionalities of the website. We also use third-party cookies that help us analyze and understand how you use this website. These cookies will be stored in your browser only with your consent. You also have the option to opt-out of these cookies. But opting out of some of these cookies may affect your browsing experience.
Necessary immer aktiv

Any cookies that may not be particularly necessary for the website to function and is used specifically to collect user personal data via analytics, ads, other embedded contents are termed as non-necessary cookies. It is mandatory to procure user consent prior to running these cookies on your website.